Home>Blog>Adventure>Everest base camp trekking in January 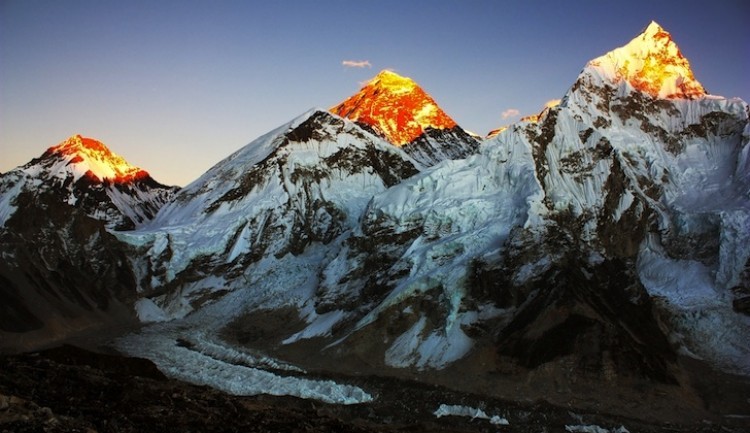 Everest Base camp weather in January

January is the coldest month of the year. The mountain region around an altitude of 3353m Just after Christmas and New Year has kicked in winter starts in the Northern Hemisphere and winter set in Nepal and Everest Camp as well. In January, the daytime temperature in the Everest Base Camp region is around 8 to 12-degree centigrade which is doable and the temperatures during nighttime aren’t extremely low either. However, trekking to EBC in January has its own perks. Trek in January it’s quite a peace there is no more crowd the environment is so peaceful you will find enough place to stay and sleep and accommodation they will provide which will so good and you feel comfortable.

Due to the cold weather, you should take enough equipment and gears which makes your journey more comfortable. While trekking, you will typically carry the gear you need for trekking from one camp to the next in a medium-sized daypack. You’ll pack things like sunscreen, sunglasses, dry food, water, money, passport a camera, and extra clothing in your bag. To trek in Everest Base Camp, we have many places with different elevations such as Lukla 2,829m (9281ft), and its average temperature is 2.8degrecelcus. Namche elevation 3,463m (11,361ft) average -6 degree Celcius and Dingboche 4,483m (14,708ft)and it’s average -7.2degree celsius Lobuche 4,910m (16100ft) it’s average -9.7degree celsius and Gorak Shep 5180m (17000ft) and its average is -10.9degree celsius.

2. When is the Best time to do EBC trek?

Basically, Nepal has four seasons to trek in Everest Base camp spring, autumn, winter, and monsoon.
Four Season of Nepal are –

Spring – (March, April, May) is spring season in Nepal. This season is also known as the best trekking season in Nepal. Temperature is hot in low in the Terai part of Nepal and moderates in higher altitudes. The weather is crystal clear in this season where you can see the great Himalayas. Everything is changing in natural with everywhere greenery, the blossom of flowers. So spring is a season of natural beauty blossom of rhododendrons flowers around all trekking part.

Summer – ( June, July, August) is known as monsoon season in Nepal. The weather is quite hot. Someone of the days Lukla flight wouldn’t be flying on time due to the cloudy and monsoon.

Autumn – (September, October November) autumn season is one of the best and peak trekking season in Nepal. This is nice weather with Ariel mountain views. Nepal major festival Dashain, Tihar Teej falls in this season.

Winter – (December, January, February) – This is the cold season in Nepal. It’s cold even good season for the trek. While we go higher pass its heavy snowfalls in the Himalayas.

3. How are Altitude and safety while doing the EBC trek in January?

Everest Base Camp trek is one of the highest trekking routes in the world. At first fly to Lukla Airport 2850 m from Kathmandu and trek to the highest point 5,500m at Kala Patthar, the entire trek occurs in the two Everest regions know as high altitude trek.
Similarly, some people might have an attitude problem it’s all up to their physical fitness.
We highly recommend you take good coverage of travel insurance for your safety. Our guides and porters have good coverage of insurances.
In comparison to climbing Everest, the Everest Base Camp Trek still poses a variety of risks because of its location and altitude. Being situated at the base of the tallest mountain in the world means that trekkers can succumb to altitude sickness.

4. What Merits and demerits of doing EBC trek in January?

You will have good enough accommodation and less tourist while you are bag packing to Everest base camp in February. High season is very hustle and bustle and crowed people for EBC trek some time we can’t get the facility what we want.
Most people are discouraged from going to the highest mountain chain in the world in the winter need to carry enough warm clothing. 20 degrees Celsius is the minimum temperature. It is one of the best-kept secrets that trekking in EBC during the Winter has many benefits.

One of the major benefits of trekking is that it improves your physical health immensely. Clean and fresh air helps us clear the mind and decrease stress. Sunrise adventure is your main trekking partner for the Everest Base Camp trail in January.

5. How are EBC trek weather and climate in January?

Even in January, the temperature to the EBC region is around -10 to -20 degrees centigrade which is feasible and the temperatures during the nighttime aren’t extremely low either. The weather of Everest Base Camp varies according to the season. The various twists and turns on trails can be both exciting and prostrate too. The different land structures and altitude difference has given rise to adverse climatic conditions. The oscillation in temperature and weather of the place is dramatic and its always best to be prepared with warmer clothes and other essentials. In January temperature (-5) degree Celcius to -8-degree Celcius and in the night time the temperature is (-7) degree celsius.

The day here at the summit will be colder yet it may offer you can a chance to view a quite breathe taking beautiful screen when the sun comes out and casts an orange rad silky color on the summit and plausible, there will be snow during January to February.

6. Are there any alternative treks to EBC in January?

7.  The FAQ of EBC trek in January

Is there a tea house open in January while doing EBC trail?

Yes, the tea house is the most famous in January. So, many visitors want to see the beauty of the mountains the tea house as well as the beauty of nature in Everest Base Camp. The Typical tea house will provide all the basic amenities needed for a comfortable, yet humble approach to trekking in the Himalayas. A single bed, a hot meal, the option of a hot shower, and some electricity are what is to be expected when staying in the iconic tea houses. Most of the popular trekking routes of Nepal like Annapurna, Everest, Lang tang, or Helmut areas have tea-house lodges in different milestones.

I. Are any guide and porter available for the EBC trek in January?

II. Do I need any travel insurance while doing an EBC trek in January?

Yes, travel insurance is important while trek in higher altitude there maybe altitude sickness so insurance. Travel insurance is especially important if you are planning on trekking at high altitudes. Therefore, if you’re planning on trekking to Everest Base Camp, you’ll need to make sure your insurance policy covers you adequately. Trekking to EBC involves high altitude, in fact at the highest point – Kala Patthar, you’ll be over 5550 meters. Sunrises Adventure trek company Excursion strongly recommends Travel insurance for all the clients who are going to join in any high trek. Your travel insurance must provide cover against personal accidents, medical expenses emergency helicopter rescue services, and personal liability. All our company team members have well travel insurance for high trekking.

III. How difficult is the EBC trek in January?

January is one of the coldest months of the year. Everest Base Camp trek in January isn’t more difficult to compare with another season. This month the climate is cool and the environment also peaceful and no more crowd. To protect from the cold season you will need to carry warm clothes due to more cold our body will be panic, so warm clothes are more important.

IV. Is there any food available while doing EBC trek in January?

Yes, there is food available while doing Everest Base Camp trek not only in January food is available every year. According to the season, sometimes we can find different types of food.
However, ‘Dal Bhaat’ is the most popular staple of Nepal and the most plentiful dish on the road to the Everest Base Camp.

While the trek to Everest Base Camp in January the climate is coldest but you will feel the unique experience of trekking during the trail. We can view the many peaks and natural beauty of the ecosystem. Though due to a different season in EBC trek, we can enjoy the lot, especially spring and autumn is the main season to trek in Everest Base Camp although winter also favorable. Due to a different type of altitude and safety, we fell more comfortable to go Everest Base camp. In that area people are friendly and the food of that place is so delicious. At last, Sunrise Adventure Company will provide a good facility for trekking in Everest Base Camp. 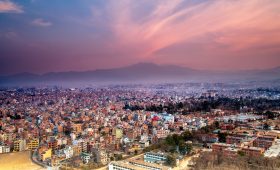 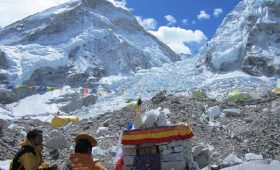 Everest base camp trek in February