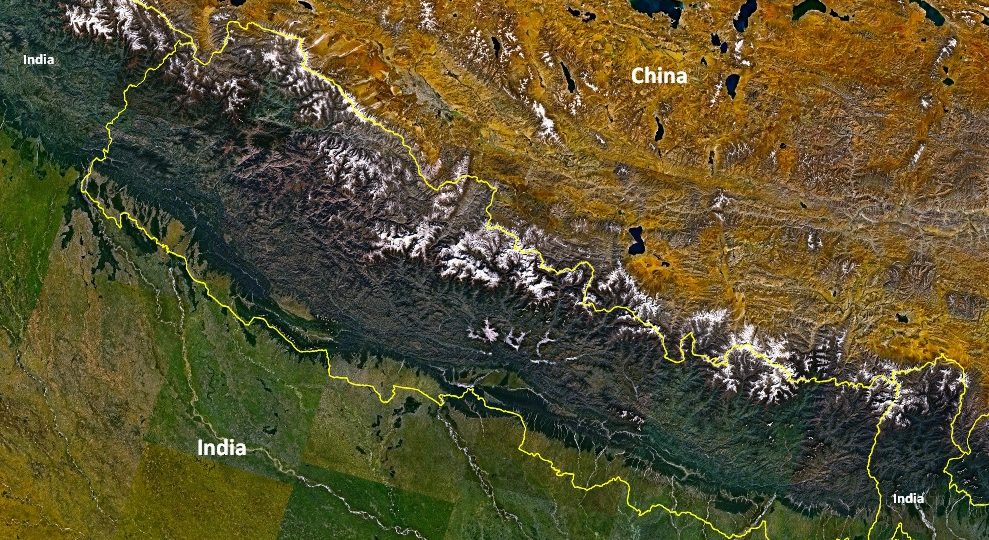 Geography of Nepal means structure of Nepal which is very diversity mainly Himalaya, Hilly and Tarai (flat )  Nepal is small but regarded as a very beautiful country. Nepali is landlocked and has tremendous geographic diversity. Nepal is surrounded by India on three sides and one side is in China. 147181 sq. km area is occupied by Nepal.

Although occupying just 0.1% of the earth surface, Nepal is one of the richest counties in the world in terms of bio-diversity because Nepal has the unique geographical position and attitudinal variation.

The Terai region has plain lands and dense forests. It covers 17% of the total land. Here mostly land is covered by industries.  It has also wildlife reserves and subtropical forests.

Most of the people are lived here. Likewise, the middle hill region covers 65% of the total land. It is little more populated than Himalayan region because the lifestyle in the hillside is little challenging. This region is populated mostly Gurung, Magar, newar, Brahmin and Chhetri.

The endangered species like red panda, leopard, bear, and several species of wild animal and birds are preserved by this region. The Himalayan region covers 16% of the total land area and it is less populated area too because this region has a very cold climate and very less fertile land.

Nepal lies in the temperature zone, but its climate varies dramatically due to the huge range in altitude. The country is also most famous for its altitude as it contains the tallest mountain in the world i.e. Mount Everest which height is 8,850m.

Moreover, Nepal has varieties of dishes which is very unique than another country. Food taste and habits are different according to the regions. The most popular meal in Nepal is dal and bhaat but in Himalaya and hilly region which is also famous and Gundruk and Dheedo is also a traditional dish in Nepal. Nepal foods are less oily and spicy than Indian food.