Bhaktapur is much larger and more spacious than Kathmandu’s and much less crowded with temples than Patan. Bhaktapur Durbar square is one of the seven UNESCO world heritage sites located in the Kathmandu valley. Some of the most popular monuments golden gate, the peacock window, and the Nyatapola temple are the main attractions. Victorian illustrations show that it was once packed with the monasteries, temples and artistic buildings. Almost one-third of which were destroyed by the earthquake of 1934. The Bhaktapur Durbar Square contains many temples and other architectural ones like Lion Gate. Similarly, the statue of King Bhupatindra Malla, the picture gallery, the Golden Gate, Nyatapola temple (Built-in 1702 AD). The palace of 55 windows (Built-in 1700 AD), Dattatraya temple (Built-in 1427 AD), Bhairabnath temple (Built-in 1718A AD). Next Batsala temple and the Bell of the Barking Dogs and many other ancient monuments.

Moreover, before the unification of Nepal, Bhaktapur was an independent principality ruled by the Malla Kings. Malla who was very much devoted to religion, culture, and art. During the period many magnificent temples and mansions were built. This period is remembered as a golden period in Nepalese art and remains a unique example. The ancient Royal palace is remarkable and an excellent example of the 18th-century. Art and architecture made by king Bhupatindra Malla whose statue stands in front of the Golden Gate. Around the Durbar square the curio shops, woods, and stone carvings, thangkas have become a good attraction.

In this Bhaktapur Day Tour You Will See:

The palace of 55 windows was built in the 17th century by King Bhupatindra Malla. Among the brick walls with their gracious setting and sculptural design, is a balcony of 55 windows.

Golden Gate is the entrance to the main courtyard of the Palace of 55 windows. It is built by King Ranjit Malla, which is one of the most beautiful and richly carved specimens of its kind in the entire world.

The Nyatapola Temple is the most dominant lying in the south face of the square, named after its physical structure ( five tires of the roof). It is made by King Bhupatindra Malla in 1702 A.D is dedicated to the Goddess Siddhi Laxmi. It is one of the tallest pagodas and is famous for its massive structure and subtle workmanship.

Dattatreya Temple is built in 1417 A.D by King Yakshya Malla and his son Raja Malla is only the temple in Nepal. Which is dedicated to the God Dattatraya ( the combine incarnation of Supreme Gods of Hinduism, i.e. Lord Brahma, Vishnu, and Shiva).

Dattatreya Square – Dattatreya is an open museum that contains innumerable monumental masterpieces of wood carvings. The major attraction of this Dattratraya square is ”Pujari Math”, built by King Yakshya Malla in 15 the century. It has a splendid collection of antique carvings like a set of 14 roof struts. Although, the image of Vishnu Dhara, tantric images of Vishnu Vishwarupa with 30 arms and 17 faces. Another one is Bhimsen Temple which stands a double storied rectangular pagoda styled temple. This dedicated to Lord Bhimsen in 1605 A.D. Lord Bhimsen is considered to be strong as a thousand elephants. There are many museums in the Bhaktapur area which displays the ancient and historical items. The National Art Gallery has a magnificent collection of ancient thankas paintings. And various classic and medieval masterpieces belonging to Hindu and Buddha.

Changu Narayan temple is situated on a ridge overlooking the Valley, about 12 km to the east of the city. It is dedicated to the Hindu God Vishnu, the Preserver. It is one of the finest and oldest specimens of pagoda architecture, the temple is embellished. An exquisite wood and stone carvings and is said to be the oldest pagoda style temple in Nepal. It’s built sometime back in 323 A.D. The lavishly decorated two-tiered temple was rebuilt after a fire in 1702. But the earliest inscription in the valley dated 323 A.D. testifies to the considerable talents of the Licchavi King Mandeva. Nepal’s first great historical figure. Especially, the sacred complex is a World Heritage Site and offers a panoramic view of the surrounding at 125m. Though the temple is quite beautiful, especially the repoussé doors and front facade. Changu Narayan is not known for its temple but for the stone statues, bas-relief carvings, and inscriptions. These carvings that are scattered around the temple courtyard. Finally, the bottom of the stone, Vishnu is shown reclining on a bed of snakes, the same pose that is depicted in the large statue of Budhanilkantha. Near the famous double Vishnu is a stone depicting another incarnation of Lord Vishnu. It is the symbol as half-man and half-lion called Narsimha.

Note: Itinerary is fully flexible and we can customize trip plans according to your need, budget and time.

>Around 10:00 A.M: Pick up from Hotel & Drive to Bhaktapur in Private Vehicle

Bhaktapur day tour is culturally offering. You can dig into the history of different Malla kings and culturally important monasteries and temples. You can get insights of the Nepali custom, tradition and life-style too.

We organize Bhaktapur day tour for any number of people. If the group consists of more than 16 pax, we will split the group and arrange accordingly. We will assign one group leader. This arrangement ensures that the group can still go ahead as scheduled itinerary despite any member gets sick while touring.

Touring in Nepal, can be done all year. But the best season are Spring (March – May) and Autumn (mid Sept. – mid Dec.). Trekking in autumn season is noted for clear weather with blue sky. It gets colder towards the end of December. This trek can be done in any month with less focus on January and February as this month’s are colder than usual.

Price From
$60 Per Person 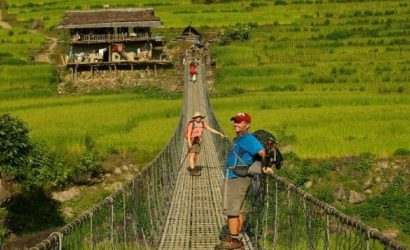 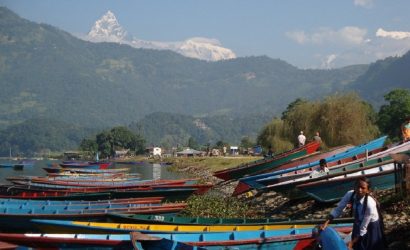 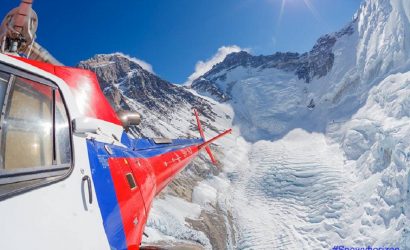 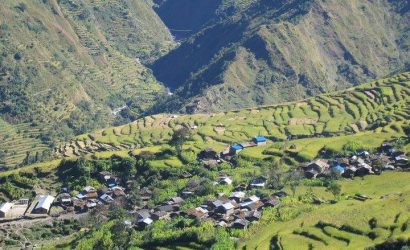 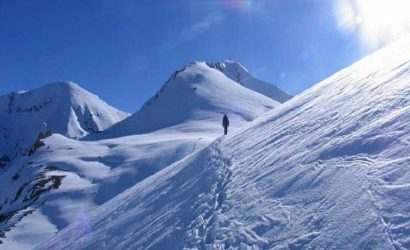 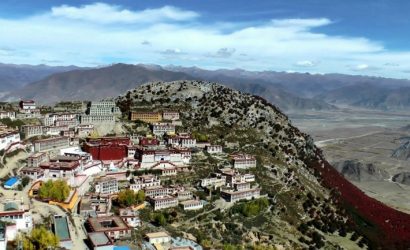