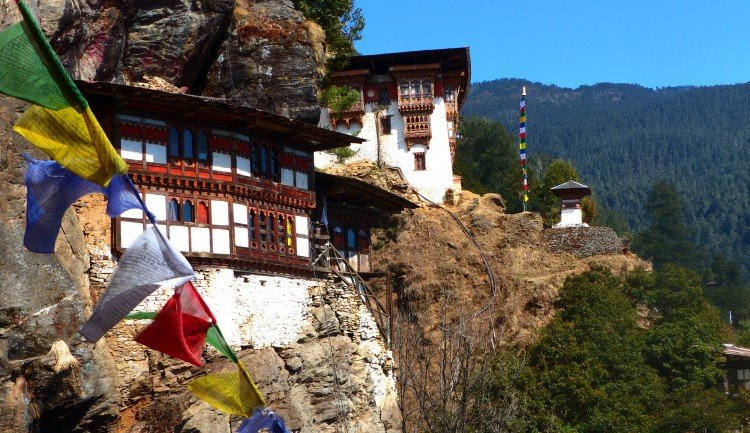 Bhutan is an independent country and famous as the land of peaceful thunder dragon. It is also known by the names such as “The last Shangri-La” or “The last place on the Roof of the World”. Bhutan is the kingdom in Himalayas with various cultures and traditions which are mainly influenced by Buddhists.

Bhutan is significantly spectacular providing majestic mountain views, lush valleys, variety of flora and fauna and a unique culture and lifestyle. Likewise, we can speculate beautiful and old history rich Buddhists monasteries and heritages during your Bhuna cultural tour. If you have time you can also do Nepal and Bhutan tour. Sunrise Adventure trek will arrange your Bhutan cultural tour package.

Moreover Bhutan the country is strict in preservation and protection of sacred religion and culture. The culture here is still untouched and it is one of the few countries that have been successful in keeping the culture. Experience the great Bhutanese tantric and harmonious Buddhism. In addition you can visit to the Paro , Thimphu and Tiger nest monastery during your Bhutan tour. Although you can explore wonderful journey to Bhutan is to explore and experience Bhutanese beautiful nature, culture and great hospitality. Visit the land of the thunder dragon and lush forest.

Day 1
Flight from Kathmandu to Paro

Your guides will receive you at the airport with Tashi Khadar and drive to the hotel. After Tea, drive to Ta Dzong (built in1656 and renovated in 1968), an ancient watchtower, which now houses the National Museum . The centerpiece of this Museum is a complex four-sided carving depicting the history of Buddhism and its propagation. One side is Sakyamuni and the great teacher Atisha, representing the Sakya school. On the next is Geylup, a disciple of Dalai Lama. Another is Nyingma lineage, the head is Guru Padmasamva, and the final is Drukpa Kagyu with the figure of Vajra Dhara. Below the museum is the Paro Rimpung Dzong (literally meaning “Heap of Jewels”, built in 1646 by Shabdrung Ngawang Namgyal, the centre of civil and religious authority in this valley. Here you can see finest example of Bhutanese architecture. Enroute visit Kichu Lhakhang, built in 659 A.D by the Tibetan king Srongsen Gampo. This Monastery is one of the 108 monasteries built across the Himalayan region by the Tibetan King to subdue the Demoness that lay across the Himalayan region. In the evening, drive to the ruins of the Drukgyal Dzong, built in 1647 by the Great Shabdrung Ngawang Namgyal, father and unifier of medieval Bhutan , the dzong was destroyed by accidental fire and left in ruins as an evocative reminder of the great victories it was built to commemorate. Explore the ramparts and on a clear day experience an unforgettable view of Mt. Jhomolhari (7314 m). Dinner and Overnight in Hotel at Paro.

After breakfast, excursion to Taktsang Monastery. After then a short drive takes us to Satsam Chorten, 1 hour walk till the viewpoint point of the monastery. The trail climbs through beautiful pine forest, many of the trees festooned with Spanish moss, and an occasional grove of fluttering prayer flags. We stop for a rest and light refreshments at the Taktsang Jakhang (cafeteria) and then walk a short distance until we see clearly and seemingly within reach, Taktsang monastery. Legend has it that, Guru Padmasambhava, the tantric mystic who brought Buddhism to Bhutan , flew here on the back of a flying tiger, Dorji Drolo, said to be his favourite consort. After lunch, we drive to Thimphu and visit the National Memorial Chorten (1974) built in honour of our late King Jigme Dorji Wangchuk, “The Father of Modern Bhutan”. Built in a typical Tibetan style, there are numerous religious paintings and the complex tantric statues reflecting both the peaceful and wrathful aspects of Buddhist deities. Then visit to Dupthop Lhakhang, one of the few surviving nunneries in Bhutan . Visit Changkha Monastery (built in 15 th century by the Lama Phajo Drugom Zhipo) where the new born child of Thimphu valley are taken to receive 1st blessing from a High Lama. Drive to Mini Zoo where Takin, the national animal of Bhutan can be seen. Before sun set we drive to Sangay gang view point (2685m) to have view of whole Thimphu valley and walk through hundreds of colorful prayer flags that dot the hill over looking the Thimphu valley. Dinner and Overnight in Hotel at Thimphu.

After breakfast, visit the National Library, stocked with ancient Buddhist manuscripts, and the Painting School where traditional art is still kept alive through instructions in the art of painting Thangkas (sacred Buddhist religious scrolls).Visit Traditional Medicine Institute where medicines are prepared according to ancient practices. Visit Handicraft Emporium for shopping Bhutanese Various Arts and Textiles. After lunch visit we will hike to Tango Monastery. Lama Gyalwa Lhanampa founded the monastery in 12th century. The present building was built in 15th century by the “Divine madman” and as considered as one of the best places for meditation. In the evening, we visit to the Tashichho Dzong (fortress of the Glorious Religion). In 1641, the Zhabdrung (the one who unified the country) acquired the dzong from the descendants of Lama Phajo and renamed it as Trashi Chhoe Dzong. He then arranged to house both monks and civil officials in the same Dzong. Dinner and Overnight in Hotel at Thimpu.

After early breakfast, drive to Punakha via Dochula Pass , where we can see 108 Bhutanese Stupas. If the weather permits we can see all Himalays Ranges with all snow covered. Further drive to Punakha and visit Punakha Dzong . We have to walk through the suspension bridge to reach the Dzong . The Dzong was built in 1637 by Shabdrung Ngawang Namgyal and is situated between Pho Chu ( Male River ) and Mo Chu ( Female River ). There was a smaller building here called Dzong Chu (Small Dzong) that housed a statue of Buddha. The Dzong was named Druk Pungthang Dechen Phodrang ( Palace of Great Happiness ). The war materials captured during the battle with Tibetans are preserved here. In the evening short hike to Chimi Lhakhang, which was built by Lama Drukpa Kuenley in 15th century. He subdued the demons with his “Magical Thunder bolt” The Temple is also known as “The Temple of Fertility”. Dinner and Overnight in Hotel at Punakha.

After early breakfast, we drive to Trongsa. Enroute sightseeing in the valley of Wangdiphodrang includes Wangdiphodrang Dzong built in 1638. The Dzong is situated at the confluence of Mo Chu and Tang Chu rivers. We drive further and cross over Pelela Pass (3250m) and Lunch will be at Chendebji Restaurant. We visit the Chendebji Monastery which is patterned after Swayambhunath in Kathmandu and was built in the 19 th century by Lama Shida, from Tibet , to cover the remains of an evil spirit that was killed at this spot. Dinner and Overnight in Hotel at Trongsa.

After breakfast, visit Trongsa Dzong, the most impressive dzong in Bhutan , built in its present form in 1644 by Chogyal Minjur Tempa. Trongsa Dzong is the ancestral home of the present Royal Family and first two hereditary kings ruled Bhutan from this Dzong. Visit Ta Dzong (previous watch Tower to the Dzong) and have the view of whole Trongsa valley including Dzong. In The evening leisure time to go around the Trongsa Small Town. Dinner and Overnight in Hotel at Trongsa.

Wangdiphodrang Early breakfast, we drive to Wangdiphodrang via Gangtey. Lunch at Gangtey valley . It is one of the most beautiful glacial valleys of the Himalayas . Visit Gangtey Gompa from outside. Gyaltse Pema Thinley, the grandson and mind reincarnation of Pema Lingpa founded the Temple in 1613, and Tenzin Legpai Dhendup, the second re-incarnation, built the temple. The present Abbot, Kunzang Pema Namgyal is the ninth re-incarnation. Explore Phobjikha valley, famous for the Black Necked Cranes during winter. These cranes are very rare and endangered and highly protected by the Government. Enroute we will stop in different places for the photography and have the view of different valleys. Dinner and Overnight in Hotel at Wangdiphodrang. 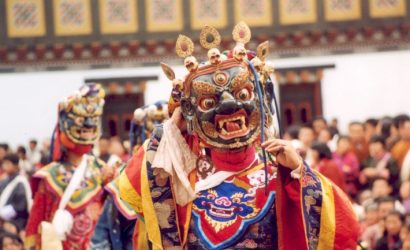 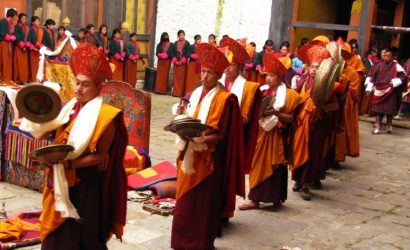 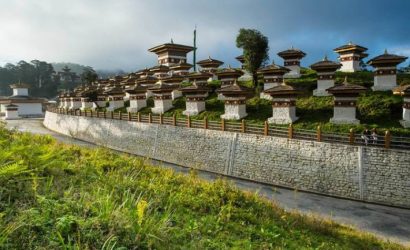