Trek passes via amazing suspension bridges, Sagarmatha National Park, Khumbu valley, Imja valley. Hence, enjoy the mesmerizing via of the mount Ama Dablam, Lhotse Nuptse. Likewise, you can observe the Ariel view of Mount Everest from Kalapathar is the next key factors of the EBC trek.

We trek all the way via footprints of Sir Edmund Hillary and Tenzing Norgay Sherpa. Trek passes via beautiful suspension bridges of Dudh Kosi river, Sherpa village. First overnight at Phakding next day heading to Namche Bazar crossing Jore Salle, Hillary bridge. On the way, you can observe the scenic view of Kongde Ri ( 6187 m) On the way trek to Namche bazaar you can the first glance of Mt. Everest. Once you reach Namche Bazar enjoy the Buddhist cultures, Sherpa culture and museum.

Sometimes Lukla flight may not occur on time due to weather problem. The weather of Lukla may change anytime and flight may be delayed and postpone in this case you may have extra days is better.

Spring and autumn is the best season for Everest base camp trekking. March to May and September to November is the best season of the year to do Nepal Everest base camp trekking and helicopter tour. The Winter season is freezing and the coldest temperature of the year. On the other hand, the monsoon is cloudy and may not see a clear vision. You can also do the Everest trek with a helicopter chopper even in winter and monsoon to avoid the crowd but have to passion about the bad weather. If there is bad weather will arrange a helicopter flight to Lukla via sharing basis which cost additionally around the US $ 500 per person.

Likewise, Namche Bazar is mainly a trade of Khumbu area. Namche Bazar is also well known as a tourist hub. You can see the different Yak transport for the Khumbu region after Namche Bazar.  Next day trek to Tengboche on the way you can see Mt Everest, Lhotse, Pumori, Thamserku Amadablam and many more. Explore around Tengbouche Monestry, see the hidden wilderness. Tengboche monastery is the centre attraction for Buddhist where all the people attend with the blessing to successful their trip.  Next day trek to Debouche or Dingboche.

Similarly, after Dingboche trek passes via Thukla Pass 4940 m. Thukla is the memorial place of shrines those who lost their lives during trekking or climbing in the Everest region. Observe the great view of Mt Amadablam from Thukla and reach Lobuche. After Lobuche, the next day trek continues to Gorakshep on the way to observe the Khumbu glaciers and reach finally Everest base camp.    Next day hike to hike to Kalapathar and see the panoramic 360-degree view sunrise view of Mount Everest. Finally same day back to Lukla via helicopter and back to Kathmandu.

Day: 6 Treks to Everest Base Camp then Back to Gorakshep  6 hrs– B.L.D

After an early breakfast, we will take a flight to Lukla. Due to weather condition, the flight from Kathmandu to Lukla always leave early in the morning. Meeting with other porters before heading off towards Phakding. The journey of the village of Phakding lies in Dudh Koshi (“Milk River”) valley north of Lukla, goes through the different cultural village including Cheplung village from where the view of the sacred Mount Khumbila is beautiful. And finally, after hiking via the Himalayan jungle and crossing several swing bridges, a gradual walk downwards from Cheplung leads to the village Phakding. From Phakding, the sight of the Kusum Kangraru Mountain can be seen. overnight stay at the guesthouse/lodge.

Namche Bazaar is the main administrative and trading centre for the Khumbu region. With the inclusion of magnificent forests of blue pine, fir, juniper, and rhododendron as well as the first view of Everest, it helps you to control the anticipation of the thrilling journey. In the way to Namche, several small villages are crossed like Jorsale, Monjo. Where Monjo is the entry point of Sagarmatha National Park, which lies in the north of Phakding.Phakding is located on a mountainside and views of the Thamserku Peak and the Kongdi Rl Himal see the amazing views. Likewise, the beautiful scenes of the different Himalayans including Lhotse, Nuptse and many more are seen. It is the main trending centre in the Everest region. You can explore the beautiful Khumbu valley. Overnight stay at the Guesthouse.

The trek from Namche to Tengboche is unbelievably stunning, Far below is the Dudh Koshi and Thamserku, Kantenga, Ama Dablam, Lhotse, and Everest rises in front. Woods, Rhododendron Forest, Mani Walls, Chorten (Stupas), and suspension bridges across the rivers make this a lovely walk. The village of Tengboche is also famous for the Tengboche Monastery, the largest monastery of the Khumbu region. The Tengboche Monastery is also regarded as the spiritual hub of the Khumbu region and surrounded by forest that is inhabited by Impeyan Pheasant and eagles. Stay at a Guesthouse.

Continue trek to Dingboche. The trekking trail crosses the Imja River and passes through lush forest and take a gradual climb up to the Pangboche valley. From Dingboche we can enjoy the scenic views of Ama Dablam, Dingboche is the only place in the region where barley is produced. Dingboche is called the ‘Summer Valley’ of the Khumbu and contains a kilometre long wall built to protect the village’s crops from the cold winds that descend down the Imja valley. Tame pheasants are regularly seen in this area. Overnight stay at the Guesthouse.

The ascent towards Everest Base Camp continues through Alpine meadows and summer yak pastures towards the end of the moraine of the Khumbu Glacier. At the moraine, there are stone monuments to six sherpas who died in the avalanche, as well as monuments to other climbers. From here, it is a steep, tough climb towards the village of Gorak Shep. Continue on towards Lobuche, where the view is straight towards Nuptse and the sunset is truly magnificent. You can also get an amazing view of other peaks including Pumori, Khumbuste, Lingtren, and Mahalangur Himal. You’ll spend a night at Lobuche.

Day 6
Trek to Everest Base Camp then Back to Gorakshep– B.L.D

The higher altitude makes this day’s trekking quite challenging. The Changri Glacier looms ahead as the trek heads for Gorakshep. Walking for about 2-3 hours you will get to Gorakshep a small, usually frozen, lake, by lunchtime. Relax and get adjusted to the altitude before the attempt to reach Everest Base Camp. From here the path moves all the way to the top of the edge, finally arriving at the Everest Base Camp. Here, the sight of Khumbu Icefall and the view of the Khumbutse and Lingtren mountains are quite heavenly. Return back to Gorakshep after spending some time at the base camp. Overnight at Gorakshep.

Hike to Kalapatthar (5550m., 16962ft.): fly back to Lukla
You can see a different view of Everest today, with a trek up to Kala Pattar. Early morning enjoys beautiful massif sunrise view of Mount Everest. After spending some time on Kalapatthar for a while finally, fly back to Lukla via helicopter and normal fly to Kathmandu.

Expand/Close
What about the communication system during trek?

As all the porters and guides are well certified by the Ministry of Nepal tourism they can easily understand and speak the English language during the trek. On the other hand, we can also provide you with guides and potters according to your own understanding of language. Our guides and porters have a cell phone to contact and some places may have satellite and cell phone to contact.

What kind of food, drinking water and accommodation do we have on EBC trek?

Trek to Everest Base Camp with Sunrise Adventure Trek includes trekking lodges or guest houses as accommodation with twin bed sharing room, if you are in a group and if you are a solo traveller, you need a private room will have cost extra. Regarding meals, we will have some options to choose from like continental foods, Italian, Indian and Chinese, Nepali Dal Bhat cuisine etc. For drinking water, you can buy mineral bottles or safe drinking water, boil water from the hotel either you can bring water tablets and use normal water. Therefore you have to bring extra cash for the beverage and drinks items on the trip

What about the weather conditions and Lukla flight?

Firstly, we have to take Kathmandu to Lukla flight (35 min) to in the morning then we start the trek from Lukla but sometimes due to the air traffic and weather problems, the flight may be delayed or cancelled. Due to the uncertainty of the Lukla weather, we are not sure about the untimed flight. If there will be frequent weather problem, we do arrange a flight by helicopter chopper and for this, you have to pay additional or need to wait for extra days for the Lukla flight.

Do I need to give tips to guiding potter and if how much?

It’s difficult to mention tipping, but normally people can give a minimum 10% of their total payment to the guide and porter. Likewise tipping given as your happiness and satisfaction.

What about guide & porter, do they have well training?

Sunrise Adventure treks all guides, Sherpa, are trained. Guides and potters provided to our guests had complete accomplishment of several types of training required for their professions by the Ministry of Nepal Tourism. Having well experienced in the tourism sector as a guide or potter, make it easy to explain all the information required for trekking and can create a very familiar environment to the guests.

What about the safety measurements and altitude sickness do the guides and porters have their insurance in EBC trek?

Worrying about safety measurements? Our guides having long experience are much professional for handling such issues with various means of safety measurements. For common health issues like headache, common cold, diarrhoea, vomiting, we provide you with first aid medicines. In case of being sick in the mountain, Sunrise Adventure Trek will make proper arrangements for rescue by helicopter, for this, you should have better travel insurance even we will also acclimatize your body for better rest. If our guide and porters may suffer from sickness, they have also travel and medical insurance and we will also rescue them by helicopter.

How difficult is the Everest Base camp trek and how can I Prepare?

Trek to Everest Base Camp is a challenging and life-changing experience that can be attainable by many people nowadays. Our company provides you with an expert guide and porters with having good travel insurance. As altitude is one of the main reasons for sickness, people with very weak ankles, knee, hearts and lungs will not be appropriate for such trekking. About 2/3 months of some exercise will better help your Everest base camp hike. It’s not just like a walk around the park; there are numerous ups and downs during trekking. So, you should be well prepared for trekking to Everest Base Camp. 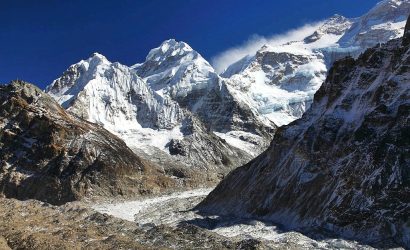