Upper Mustang, one of the remote, restricted and isolated regions of Nepalese Himalaya. offers you unbounded nature. The region, also known as the kingdom of Lo (“arid’) was once known as an independent kingdom. And it is very influenced by the Tibetan culture and language. This region is attached the Tibetan border. Therefore, it was belonged to Tibetan rulers, hundred years back. So, trek to upper Mustang is much like the trek in high lands of Tibet and China. And Upper Mustang is also known as the Himalayan cold desert. An untouched region to the outside world provides you unbelievable moments of your life. This is a secret region in Nepal not known by many trekkers thus; the place contain fewer arrivals of tourism

Where is Upper Mustang Trek located?

Trek to the old kingdom of “Lo” lies in Mustang district which lies in Jomsom, the capital of Mustang. The last forbidden kingdom of Nepal was just allowed the foreigners in 1992. You can closely observe Tibetan settlements near the bank of the sacred Bagmati River. Trek to Upper Mustang is situated at an altitude of 13000 ft. to the north of beautiful peaks: Dhaulagiri and Annapurna.

What makes the Upper Mustang trek much exciting?

The most interesting thing to trek is that you can get a great chance to explore the rare privilege region. along with the local way of living life of mountainous people. Mustang serves you barren moonscape lands along with wonderful culture and biological diversity. Typical Tibetan influenced culture and traditions are amazing. Trekking to Upper Mustang also provides you beautiful moments exploring spectacular views surrounded by 35 different stunning Himalayas. All over of 6000 m height, glaciers and alpine valleys along the trail. You can also get a great chance to observe the deepest George known as Kaligandaki George. Here the culture that surprises most is that all the brothers marry a single girl. You can also get great chance to observe amazing caves like Mustang Cave and Sky Cave in Mustang district.

What about permits and regulations during Trek to Upper Mustang?

Government policies of Nepal declared some of the regions as the restricted region in the country. Trekking to such regions required special permits from the Government of Nepal. The region is very untouched and sacred from the outer world. The main objective of implementing permits is the special protection and preservation of historical monuments and monasteries. Permit to Upper Mustang is the most expensive permit where you have to pay USED 500 per person. For the first 10 days US$ 500 per person and after 10 days US$ 50 per day per person, or equivalent convertible foreign currency. The country is opening bordered and has connections with other countries like China and Tibet permit is strictly applied. Least two individuals are needed if not then one can issue two different permits. Similarly, the trekking routes like Tsum Valley, Lark Pass Valley, and Kanchenjunga etc. required permits. Here in restricted regions, individuals are not allowed. Thus, you have to find a reliable trekking agency to process the permits with another one individual.

Is it necessary to have a guide during the trek to Upper Mustang?

Upper Mustang Trek takes you to the hidden world of Buddhism kingdom, sharing the border with China and Tibet must need the trekking staff i.e. guide or a porter with the tourist. According to Nepal immigration law at least one governmental authorized person is required to visit those restricted areas.

Where does the Upper Mustang Trek start?

First arriving at Kathmandu, we have to travel to Pokhara from Kathmandu; passing through the green valleys, amazing forests and spectacular views of stunning mountains provides you unexpected moments of your life. And then from Pokhara to Jomsom you have to fly, where you can get the perfect views Mt. Annapurna and Mt. Dhaulagiri. After this trek to Kagbeni, following charming rivers which takes about 3 to 4 hours. Trekking from Kagbeni to Chele, here you need to check your permits and then trek leads up you down the hill. Chele to Syanbochen provide you spectacular views of stunning peaks like Tilicho, Yakawa Kang, and Damodar Danda. Syanbochen to Ghaymi offers you a chance to explore beautiful barley fields and Tibetan settlements with their culture, traditions, and norms. During the trek from Ghaymi to Charang, we pass through a long mani wall made by Buddhist followers and trek from Charang to Lo-Mangthan trek offers you the spectacular views of peaks like: Nilgiri, Tilicho, Annapurna I and Bhirkuti, ascend to Lo- Mangthang through the Lo-Pass, here you can also explore the Four- story building of Kings palace. Lo-Mangthang to Drakmar provides you a chance to explore the 1200 years old Ghar Gompa which is very famous for painting and true wish making. Similarly, trekking from Drakmar to Ghilling, Ghiling to Chhuksang provides you such amazing moments by exploring in each region during the trip. After the accomplishment of the trip, we fly back to Pokhara from Jomsom and then drive from Pokhara to Kathmandu. Here our company Sunrise Adventure Trek provides your evening meal with the cultural program by company’s side. Next day will be your departure date where you will have a flight to your home.

What is the best season for trekking to Upper Mustang?

Nepal contains mainly four seasons: summer, winter, autumn, and spring. Simply, foreigners don’t trek at monsoon because the time is very muddy, rainy with leeches and the most important thing it lacks the proper views of stunning Himalayas. The best time for attracting tourism in Nepal is autumn, summer, and spring as the weather is excellent and you get the magnificent views in this time. Trek to Upper Mustang provides you incredible views of landscapes in such seasons with moderate temperature and clear sky which include the months of March to November. Upper Mustang provides you the experience of visiting another world. The time also provides you the best scenarios filled with enchanting flowers. Summertime is also much many for Upper Mustang Trek than others region as it won’t rain much there.

The most important festival celebrated in this region?

Teeji is considered as one of the major festivals celebrated by Tibetan people of this region. Festival mainly celebrated for three days has its own great importance in Lo-Mangthang region of Upper Mustang. “Tiji”, the word itself describes its meaning as “Tempa Chirim” which means “Prayer for World Peace”. This festival is mainly celebrated as the victory of “Lord Buddha’s” incarnation Dorjisonam over a devil called Man Tam Ru (a merciless evil feeding of the creature and causing storms). The festival generally falls around mid of May for three days. Monks of Lo Mangthang’s called “Choede” celebrate this festival with their different unique dances known as “TsaCcham” on the first day and “NgaCcham” on the second day. On the third day, they performed a ceremony called as “RhaCcham” with beliefs of purifying the village by all the bad and evil spirits. This festival is known and experienced by very few peoples from inside and outside the country.

Day 13: Fly back to Pokhara

Day 14: Drive from Pokhara to Kathmandu

What about the accommodation and meals available during Upper Mustang trek?

Sunrise Adventure Trek provides services as per the guest requirements. Here trekking to Upper Mustang includes lodge or guest house for accommodation with twin bed sharing room, if you are in a group and if you are a solo traveler, you have a private room and for meals, we have some options like continental foods, Italian, Indian and Chinese cuisine etc. Whereas, for drinking water, you can buy the mineral bottles or safe drinking water from hotel either you can bring water tablets.

How physical do I need to be for trekking and what about AMS?

Upper Mustang is one of the restricted regions but is moderate for trekking and is suitable for most of the trekkers. Though being the grade of moderate difficulty, the reasonable level of fitness is required. Thus, the walking hours for the region is five to seven hours on average and the trip is about 14 days longer. As the largest level of elevation in such moderate treks is of 5000 m but the trek to Upper Mustang leads you to 4500 m. Though the altitude sickness is not so common under the altitude of 4000m. Trails of Upper Mustang are very well marked as it was a salt trading route in ancient times.

Trek to Upper Mustang takes you to the hidden world of Tibetan people where you can explore their own way of living life along with their distinct unique cultures, traditions, norms, and values. Views of many spectacular Himalayas, lush green valleys with rhododendron forests are amazing. In every step passes by you will get the new experience of unbound natural resources. Trekking with the services provided by Sunrise Adventure Trek guarantees for your perfect trip with expertise.

Simple Trekking Facts highlighted you need to know about:

Seasons many: March to May and October to November 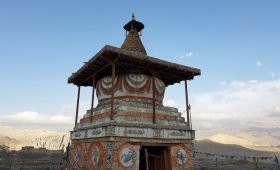 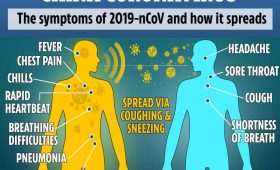 Is there Coronavirus in Nepal? Is Nepal safe to travel? 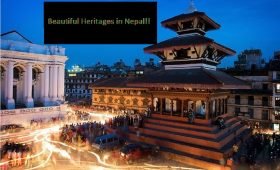