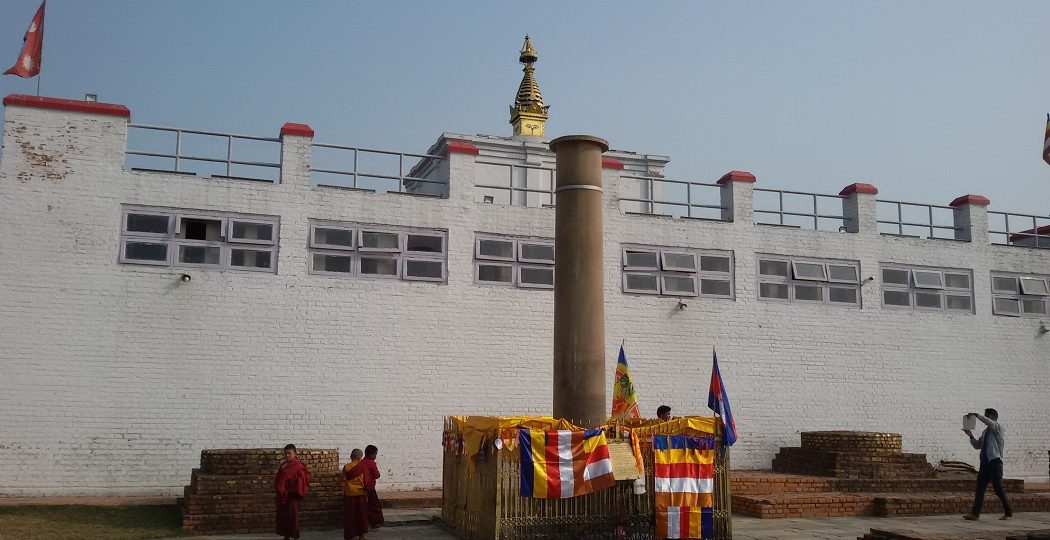 Lumbini happens to be one of the best places to visit and famous tourist destinations, a Mecca for the devotees and believers all over the world. Lumbini is situated in the Terai belt of the nation, district of Kapilvastu, near the Indian border. Lumbini is the place where Queen Maya Devi gave birth to the baby Buddha, Prince Siddhartha Gautama. A large number of devotees as well as historically inclined tourist visit Nepal every year to witness the birthplace of Buddha, Lumbini.

There are various inscriptions like bricks and other evidence of Lumbini which is the birthplace of Buddha and a place of worship for people from centuries. It was rediscovered by Nepali archaeologists in 1896. The archaeologist also discovered the Ashoka pillar that proves the linkage of Lumbini with Buddha.

UNESCO enlisted the Lumbini as a world heritage sites due to its large importance to the Hindu people and Buddhist religious community along with the history and culture of the entire world. Some of the major attractions of Lumbini are as follows:-

It is believed that Ashoka Pillar was built during 249 BC, when Emperor of India, Ashoka visited the then beautiful village of Lumbini. It is come to know that Emperor Ashoka often used to visit Lumbini. It is one of many pillars built during the reign of Ashoka. It is also one of the oldest inscriptions found in Nepal. As there is controversy in the birthplace of Buddha, Ashoka Pillar is the strong and catchy evidence or proof.

It openly proves that Buddha was born in Lumbini, Nepal. The inscription engraved by Ashoka is still intact and testifies the authenticity of the birthplace. The text that is written in Brahmin script records the visit of king Priyadarsi who ordered structures built that helps to protect the site.

Nativity sculpture is the beautiful shrine of Queen Devi that shows Maya Devi is grasping the branch of the sale tree with her right hand to take support. This is one of the interesting sculptures of the Lumbini that everyone wants to see. In the sculpture, you will get to the see the Gautami Prajapati who is the sister of Maya Devi standing next to her in a supporting posture at the time of delivery. This whole stoned picture reflects the traditional childbearing style as there used to be no hospitals and modern equipment in the past.

In the right side, there is the figure of Brahma and Indra, wearing conical crowns, standing before the queen in devotion to receive the divine child as narrated by the literature of Buddhist. At the bottom of the panes, a newly born child prince Siddhartha Gautama is standing upright on a lotus pedestal with two celestial figures receiving him.

This monastic site is the sacred spot of birth of Buddha. This birth spot has become the holiest point in the whole of the holy land of Lumbini drew the attention of lots of generous devotees who erected this structure to pay homage. The birth spot of Buddha is the most famous in the Lumbini.

Pushkarini is the holy pond of Lumbini. It is believed that Maya Devi has bathed before she gave birth to the little Buddha. It is the most scared pond of Shakyas family. It is also the same pond where the infant Buddha was given first purification bath after he took bath. The pond has two deep well-terraced steps which are beautifully layered with bricks.

In Lumbini, you will get to see 25 different countries constructed beautiful international monasteries some of them are described below:-

Tilaurakot is one of the famous spots of Lumbini. It is about 10 km northwest of Taulihawa. There is a rectangular fortified area which is popularly known as Tilaurakot. It is believed that Gautama Buddha was raised and spent his princely life in Tilaurakot until the age of 29 years. Tilaurakot is automatically known as a place of Lord Gautama Buddha. At very less distance from Tilaurakot, there is a small museum which displays coins, black polished pottery, and jewelry, as well as a variety of ornaments and toys that has been recovered from the site.

All of these interesting items are dated back to the period between the fourth century BC and seventh century BC. This place now is only the plotted area of the city which used to be the large city before. This region is surrounded by lush green meadows and is quite a pleasant respite for those who want to explore. Having the long holy history and spiritual significance of the area, Tilaurakot is one of the places worth visiting for travelers in Lumbini, Nepal.

Situated at the birthplace of Gautama Buddha, World Peace Pagoda is one of the major attractions of Lumbini. It is known as “Bishwa Shanti Stupa” in Nepali. If you do not like crowd and pollution and wants to spend your time in peace place then this World Peace Pagoda is perfect for you. It is the white stupa designed in pagoda style and looks really attractive. It is one of the famous attraction and favorite destination of tourist.

World Peace Pagoda is one of the world’s greatest stupa which was constructed by Japanese Buddhist when there was a peace council in the world. Every shining statue of the stupa depicts the Buddha in the posture he assumed when he was born. There at near the base of the stupa is a grave of a Japanese monk murdered by anti-Buddhist during the construction of the monument. The Peace Pagoda is enveloped by beautiful greenery and is a striking sight on a very pleasant day under the clear blue sky of Lumbini.

Situated in the cultural zone in Lumbini, this museum is a one spot stop for everything that ranging from daily use crafts to stamps which are exactly related to Lumbini or Buddha. It is the unique styled museum where you will get lots of knowledge about the history of Lumbini. This beautiful Lumbini Museum on the northern end of the premise is dedicated to the life of Gautama Buddha.

This museum is perfect at the end of the journey of understanding Lumbini where you can find all the interesting history, culture dating since the fourth century AD. There is also the facility of Lumbini International Research Institute which is at the right opposite to the museum and gives you chance to study and research about religions in general. 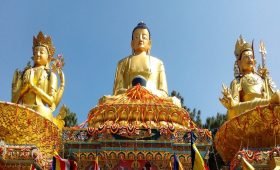 Best Places to Visit in Kathmandu 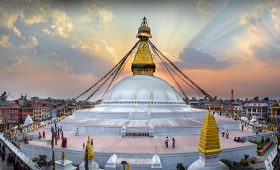 Things to do in Kathmandu